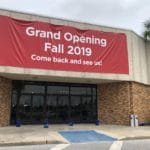 JCPenney is back with a rebuilt store!  Celebration begins at 9:30am with ribbon cutting ceremony.  Doors open at 10am.  Big prizes and giveaways + FREE morning coffee and afternoon snow cones.  Click here for more information. 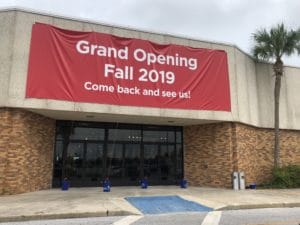 In the aftermath of Hurricane Michael and devastating impact the storm had on the Panama City area, Panama City Mall management has been working diligently with all impacted parties, individuals, tenants, insurance companies, lenders, and the community at-large.
While certain spaces in the Mall were damaged less than other portions, most of the Mall including the Common Areas, sustained significant storm and wind damage. Above all, water damage throughout was catastrophic.
Immediately after the storm, third party experts, engineers, and consultants were retained to assist with stabilizing the Mall, assessing integrity of structural and mechanical systems, and testing moisture infiltration. In the weeks since, the vast majority of tenants have removed inventory and fixtures from their leased premises providing an opportunity for Mall Management to assess the full extent of damage. “It is with a heavy heart we announce our decision to keep Panama City Mall closed for the foreseeable future. This decision is an extremely difficult one for us because we know it impacts the community and our dedicated on-site employees. Unfortunately, the order of magnitude to rebuild comes at too great a cost. It is economically unfeasible to rebuild as the cost far exceeds the repaired value of the mall” said Charlie Hendon, President of Hendon Properties. “We’ve been fortunate to serve customers here for the last 42 years and are humbled by the meaningful relationships fostered in that time.”

Mall Ownership has entered into preliminary discussions with Planet Fitness and Bed Bath & Beyond to identify options to operate as outside tenants through the transition and to engage their support for a future redevelopment of the site. “Our customers have expressed time and again the need for a relevant, experiential shopping destination in Panama City, east of the Hathaway Bridge.” said Charlie Hendon. “This community deserves all options be explored.” Any redevelopment plan will also require Mall Ownership to reach agreements with Dillard’s, JCPenney, and Sears (Sertiage) who own their respective buildings and parcels. Dillard’s has expressed intentions to remain open and JCPenney plans to rebuild and reopen next year. A timeline for building demolition is not yet determined.

About Panama City Mall
Panama City Mall is located a short drive north of Downtown Panama City, Florida at the corners of Highway 231, 77 and 23rd Street. Originally developed by Robert B. Aikens & Associates, LLC, Panama City Mall opened to the public in 1976. The 608,339 sq. ft. enclosed mall is anchored by JCPenney and Dillard’s. In August 2013, Shoppe Outparcel from real estate developer CBL Properties of Chattanooga, Tennessee.

Want to really surprise your mother? Pick her up a new washer or dryer – Sears

Is your mother one that’s into fragrances, lotions, body washes, etc? Stop into Bath and Body Works and get her their Mother’s Day Tote.

Who doesn’t love Jewelry? Receive up to 70% off Fine and Fashion Jewelry – JCPenney

Want a complete Mother’s Day Gift Guide? Check out what Kay’s is offering.

Go on a Salon date with your mother – JCPenney

~ Flowers are in! Fill that closet with a bouquet of colorful florals ~ a scene-stealing Easter dress or flowing party kimono.

~ Stripes are big this spring. Make your statement with tall vertical graphics or strong horizontal ones.

~ Harper’s Bazaar claims nail trends lean toward muted metallics and the combination of black and glitter.

~ Travel celebrity style with pink metallic carry-ons and soft-sided floral spinners. PS: Spring is the best time to buy luggage for that trip to the beach, or for a newly minted graduate.

~ A little secret we’ll share: When demand is high, prices are high. So now’s the times to buy items like BBQ grills, garden supplies and lawn mowers.

~ New lines of home appliances come out in the spring, so why not grab last year’s models at a deeply discounted price?

~ Start trying on prom dresses in March and April. Do so before they get all picked over! And men, don’t forget to get fitted for those tuxes.

~ Beat the winter doldrums by getting a new do or complete make-over. Book an appointment for a mani and pedi. And for fun, do it with your bestie.

~ Registries are not only for the newly-engaged. Expectant mothers and graduating seniors, can make a gift list, too. It make gift-giving a breeze for grandparents and gift-givers who live out of town.

~ Stores that sell sneakers and running shoes often encourage runners to get back on track, sometimes offering up to 50% off before the weather warms up.

~ And speaking of getting back into the healthy groove, why not stop by and join our Mall Walkers Club or start your own Baby Strolling group? Then stop by the Food Court and grab a bite to satisfy those Spring cravings.

~ So, here’s to Spring. May it be the most colorful yet! 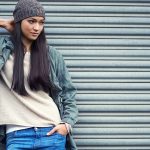 Start this new year as if it’s a blank book. Take a pen in your hand and script a beautiful new story, just for you. Will Chapter One be a new ‘do? Or fun new gear for a walking routine? Chapter Two, “Dance In Red Shoes And Dress Only In Bling!” And will Chapter Three be a tale of new hobbies with friends o’erflowing? However it’s written, here’s to you . . . the very best YOU!

Click here to sign up for Panama City Mall’s Kids Club. We have lots of surprises for the kids this summer!

Now Open at Panama City Mall! Click here to visit them on the web!

JCPenney is back with a rebuilt store!  Celebration begins at 9:30am with ribbon cutting ceremony.  … END_OF_DOCUMENT_TOKEN_TO_BE_REPLACED

Fill out my online form.